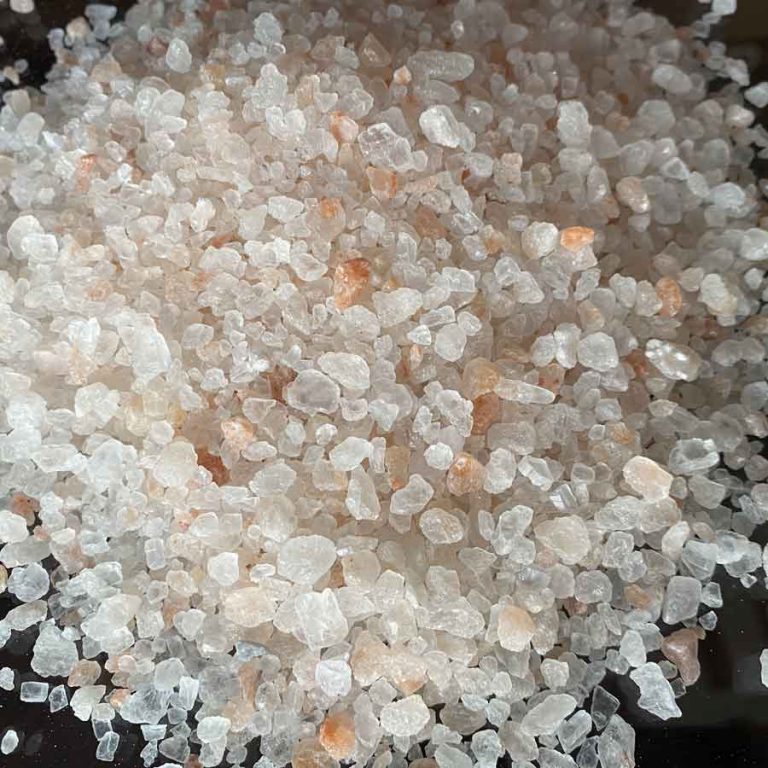 Consumption of ordinary table salt leads to high blood pressure, cardiovascular diseases, and stroke, which is why Himalayan salt has emerged as a popular alternative to sodium chloride.

Also, Himalayan salt is packed with 84 trace minerals, which include:

Because Himalayan salt contains minerals that ordinary sodium chloride does not, it is believed to make a huge difference in diet.

Because Himalayan salt contains minerals that ordinary sodium chloride does not, it is believed to make a huge difference in diet.

Iron is an important trace mineral that is required for the proper growth and development of the body.

Magnesium is beneficial for bone formation and metabolic functions.

Calcium is associated with the health of bones and teeth. It helps contract muscles, regulates nerve functions and maintains heart rhythms.

Zinc helps give immunity to the body against the harmful pathogens.

Phosphorous maintains the health of cells and tissues in the body.

Because of the additional nutrients, Himalayan salt offers many health benefits as follows:

Himalayan salt therapy is believed to be beneficial for respiratory disorders such as asthma, sore throat, and chronic obstructive pulmonary disease.

Himalayan salt is thought to maintain adequate hydration levels particularly before or after exercise. Consumption of Himalayan salt prevents hyponatremia, which is the loss of salt and water from the body.

Himalayan salt therapy is also thought to be beneficial for various skin conditions such as acne and eczema.

Himalayan salt contains all the essential electrolytes such as magnesium, potassium, phosphate, sulfate, and sodium. Just drink a cup of Himalayan salt sole every day for effective transmission of electrical impulses.

Himalayan salt helps digestion. It assists the body to use the nutrients and food in a productive manner.

A warm Himalayan salt bath is the perfect remedy to soothe all the aches and pains. Just soak in the bath and enjoy a refreshing experience.

How To Use Himalayan Salt to Get Health Benefits?